Two 100% successfull weeks in the Straits came to an end! 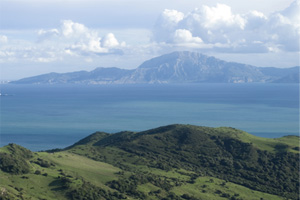 Yesterday we closed two exciting weeks in the Strait of Gibraltar, where 100% of our swim addicts succeeded to swim it across.

21 swimmers in total coming from everywhere in our third year in the Strait.

Fancy joining the challenge for 2015? Check here all information and stay tuned to the registration process opening! 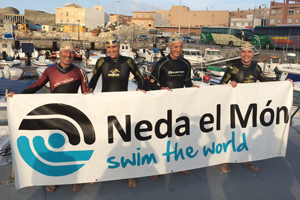 Xavier Levy, Ingrid Basso, François Peyrot and Gabriel Acosta started on Monday at 9:51 am the Strait of Gibraltar crossing. It was a bright day with a calm sea and they were able to swim quite a few meters without major problems.

When they were about 4 km to finish the swim, Ingrid had to pull out due to an indisposition. Besides that, the 4 swimmers had to be uploaded to the boat momentarily due to the sighting of 2 sharks

Shortly after, Xavier, François and Gabriel were able to continue the crossing and arrived to Punta Almansa in 3 hours and 56 minutes. Such an excellent time!

Gabriel also achieved a small milestone in the history of his country, since he has become the first Colombian to swim across the Strait of Gibraltar. In addition, he did it for a great cause, which was raising money for the children in his country. Congratulations, champ!

Ingrid recovered shortly after and I will try it again! 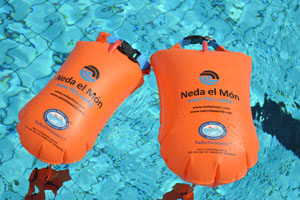 The Neda el Món security buoy for open water swimmers is again available in both sizes on our website!

Those of you who were waiting for your order will receive it within days.

The rest, place your order and swim safe!

The first group is now home!

While Xavier, Ingrid, Francois and Gabriel are doing their best this morning in the Straits, the 11 swim addicts who managed to cross last week are already home.

Last night they were greeted with applause at the airport by their families and friends. With them was also our coach Jonathan Gomez, who is beside himself with pride!

The months of training have paid off! Thanks Johnny!

Meeting day in Tarifa between the two groups of swim addicts 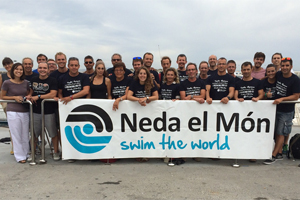 Meeting today between those who leave and those who come, those who have already crossed the Straits (100% of our swimmers!) and those who are expecting to cross it this week.

Good luck for the newcomers and a safe trip home for those who come back! 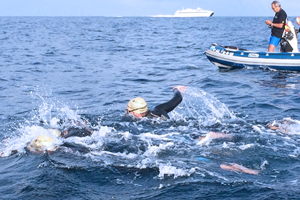 Excellent swim today in the Straits of Gibraltar with a 100% success of our swim addicts!

Sergi Fiori and Juan Emilio Fernandez, who could not make two days ago, have also crossed today.

Tough and bittersweet second day in the Straits 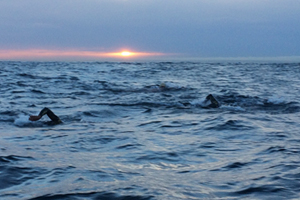 The second day in the Straits of Gibraltar was much harder than the previous one, with strong currents that complicated and lengthened the crossing.

Sergi Fiori, Juan Emilio Fernandez, Xavier Usas and Benedetto Manassero jumped into the water at 8:00 am and only after more than 7 hours swimming and 28 km of route, two of them reached Ceuta. They were Xavier and Benedetto.

Sergi Fiori and Juan Emilio had to pull out after 6 hours and 21 minutes to not jeopardize the swim of his teammates. They deserve all our admiration for his gesture. In our view, you made it!

Congratulations to all of you. 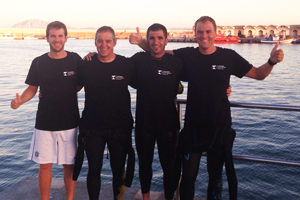 Josep Carreres, Paco Abarca, Carles Llucià and Ignasi Ros made their dream come true on Monday: crossing the Straits of Gibraltar. 4 hours and 3 minutes was the time it took to reach it, with good marine conditions and excellent pace.

Congratulations to all 4 of you!

The Straits of Gibraltar adventure has just started! 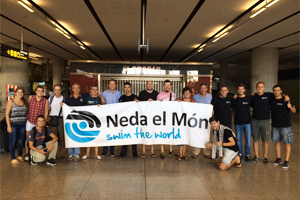 Aiming to reach Punta Cires swimming the waters of the Straits of Gibraltar, the first group of swim addicts that this week will try to make this dream come true is now in Tarifa.

Gone are months of training, coordinated by our coach Jonathan Gomez, to reach the necessary training level to achieve this challenge.

Stay tuned to our Facebook page where we will update almost in real time about each's group swim.

Registrations are opened for the 5th Zoggs Medes Islands, this year both competitive and non-competitive 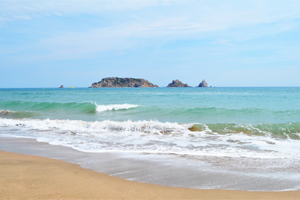 Registrations are opened for the 5th Zoggs Medes Islands for la Marató de TV3, one of the most emblematic swims of the Neda el Món calendar, which reaches its 5th edition this year.

The event will be held on November 2nd in L'Estartit and as a novelty of this year, it will include a competitive and a non-competitive version of both distances (5,200 m and 3,400 m).

We at Neda el Món do not want to give up the non-competitive concept we have always promulgated, but at the same time we have listened to the demands of those swim addicts asking for some healthy open water competition.

Once again it will be a day for solidarity, since 100% of the profits will go to la Marató de TV3, this year dedicated to heart diseases. A good reason to share a fantastic day in the unique environment of the Parc Natural del Montgrí, les Illes Medes and  Baix Ter.

So, registrations are now open, you just have to choose the distance and the type! Come on, swim addict! Either competing or not, the 5th Zoggs Medes Islands for la Marató de TV3 will be a celebration of solidarity and open water swimming!