Big success in the 4th edition of the L'Estartit - Medes Islands crossing for the TV3 Marathon! It is fully booked with 550 registrations and we can only congratulate again all the swim addicts for your commitment to the TV3 Marathon and the open water swimming. You are great!

Remember that unfortunately we will not accept last minute registrations i L'Estartit.

Tomorrow we will keep a minute of silence for the death last Saturday of Nil Marin. Dedicated to Nil and his family. 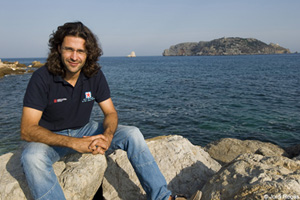 The 4th crossing L'Estartit - Medes Islands for the TV3 Marathon that will be hold next November 1 is since last year in memory of our friend Alex Lorente.

Alex was a marine biologist and expert in Montgrí, Medes Islands and Baix Ter Natural Park, besides a land and underwater nature photographer. From the first moment Alex thrown himself into the project of a crossing in L'Estartit for the TV3 Marathon, and actively collaborated in the first two editions.

This crossing is for you, Alex! We miss you! 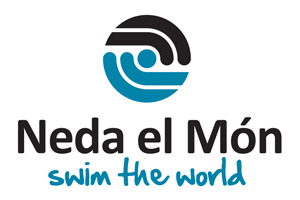 Neda el Món will close the season on 1 November 2013 with the 4th edition of the crossing l’Estartit - Medes Islands for the TV3 Marathon, a charity crossing where 100% of profits will go to research on neurodegenerative diseases such as Alzheimer's, multiple sclerosis or Parkinson's disease.

It's been a fantastic season with a clinic and eight crossings , including the 1st edition of the Medes - Formigues ( 22.3 km ) and the 2nd edition of the Straits of Gibraltar (16 km), which has made Neda el Món become the most successful company in the Straits. 32 swimmers have made their dream of reaching Africa come true wearing the Neda el Món cap, thanks in large part to the excellent work done by the Neda el Món Club coach, Jonathan Gomez.

L’Estartit - Medes will certainly be a fantastic conclusion to an exceptional season , but Neda el Món will not stop the machinery, as we are already working on many news for next season 2014. New crossings , new clinics and new experiences for you to make the most of your swim addiction.

First, however , we are looking forward to see you in this solidarity party  that will be the crossing l’Estartit – Medes Islands. Let’s meet on November 1st! 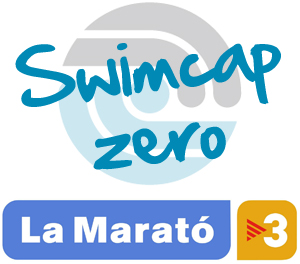 Would you like to collaborate with the TV3 Marathon through the l'Estartit-Medes Islands crossing without entering into the water? Will you come to accompany a participant? You can not come the day of the event but still want to put your two cents?

If this is your case, you should know that this crossing has a very special element, the "Swimcap Zero."

All those who want to collaborate with the charity cause of the TV3 Marathon can buy the supportive swimcap for only € 20 through this link.

100% of the amount of "Swimcap Zero" will be automatically credited to the account of the TV3 Marathon. 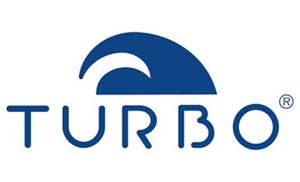 This week we signed a collaboration between Neda el Món and Turbo, which from now on will be our exclusive supplier of swimwear and open water equipment.

With over 50 years experience and a great innovative spirit, it is certainly a leader brand  in swimming and water polo.

We are already working on the design of the new swimwear for the 2014 season, you may find them very soon in our online store!

A great deal with a great provider!


It is only a few weeks left for one of the most special events in the Neda el Món calendar, the crossing L'Estartit - Medes Islands for  the TV3 Marathon which this year reaches its fourth edition.

Once again it will be an event of solidarity, since 100% of the profits will be donated to the TV3 Marathon, this year dedicated to neurodegenerative diseases. A good reason to share a fantastic day in the beautiful surroundings of Montgrí Natural Park, the Medes Islands and Baix Ter.

Registration is now open for the two distances, 4,700 m and 3,000 m. Choose yours in this link and swim with us for the Marathon!

Here you have a motivating video just to give you a small taste...