Swim Emotions and Swim the World have reached an agreement in which Swim Emotions, the entity led by Jonathan Gómez, take the Technical Direction of the 10th edition of Swim the World Zoggs Medes Islands TV3 Marathon. It will be celebrated as every year in Estartit, on October the 20th, 2019.

You can take advantage of our 10% discount using the code MEDES10 when you  register: https://www.nedaelmon.com/ca/Travessies/Detalls/24

Swim the World Zoggs Illes Medas Marató TV3 is about to begin! It will be the 10th edition, and it will take place on October the 20th, 2019.

For those who do not know what Swim the World Zoggs Illes Medas Marató TV3 is, it is a Solidary Open Water Swimming, the  benefits of which are allocated to the Marató TV3. For those who have experience in open waters swimming, there is the long circuit, which consists in swimming around the Gran Meda Island, and it is about 5.200m, for the ones that want to introduce themselves to Open Water Swimming, there are shorter routes, such as 3.400m and 1.700m.

If you want to participate, you can register yourself just doing click on the following link, where you can also find more information about each distance: https://www.nedaelmon.com/es/activitats/detalls/71 .

Because this is the 10th edition, we would like to make it really special, so, we want to remain you that we gave you a code with a 10% discount: MEDES10

See you on October the 20th!

This 2019 will be the eighth consecutive year that Neda el Món - Swim the World will cross the Strait of Gibraltar. Before crossing the Strait in September, our swimmers are preparing really hard. We notice it each month at the common training organized at the Arenys de Mar Nautical Club.
On May 11th, it was the third training of the squad of the Strait. They have 2 more trainings before the final test, that will carry out the August 24th 2019.
This year the squad has 24 members, up to 8 different nationalities, who share their passion to swim in the open sea. The group was shut in October 2018.

Sign in for the 10th Neda el Món Zoggs Medes Islands Marató TV3 with a 10 % discount! 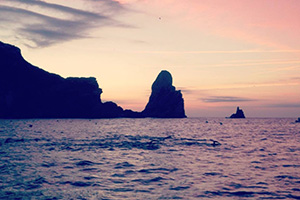 Just enter the code MEDES10 during the registration process. Be a part of it and enjoy with us the Natural Park of the Medes Islands!